Rev. McAtee is the pastor of an independent Reformed Church in Michigan. He holds a Bachelor of Science degree focused on Political Science, History and Religion from Indiana Wesleyan University as well as a Master of Divinity from Columbia Biblical Seminary at Columbia International University. He regularly uploads quality theological and philosophical reflections on his personal blog known as Iron Ink.

Professor Kreitzer grew up in California, and holds a BA, MDiv, and Doctor of Missiology and a PhD in Theology of Mission/Intercultural Studies. The focus of his doctoral dissertations were: 1) The shift from apartheid social theology to World Council of Churches social theology in the South African Dutch Reformed Church (NGK) and its impact on missions and culture transformation in the Southern African context, and 2) Developing a biblical and covenantal theology of ethnicity and missions in light of all of Scripture from Genesis to Revelation. He has also published several scholarly papers.

Between 1989 and 1992 he worked as director of communications for the Centre for Reformed and Contemporary Studies (CERCOS) in Pretoria, South Africa under the late Dr. Christiaan L. Jordaan. The Centre's aims at the time were very similar to Pactum's. From 2009 to 2015 he worked as director of the English-language Masters of Divinity program (English Track) at Kosin University in Busan, South Korea. Between 2015 and 2022 he was an Associate Professor at Grand Canyon University's School of Theology in Arizona. He has also taught theological courses at various other colleges and seminaries, including Reformed Theological Seminary in Jackson, Mississippi, Montreat College in North Carolina, as well as at Grace Theological College in Auckland, New Zealand, the Evangelical Reformed Seminary of Ukraine (ERSU), and Dumisani Theological College in King Williams Town. His fields of expertise are Missiology and Systematic Theology, the field in which he is seeking to do his third doctorate.

Robert Hoyle is a native of Virginia, Southern Presbyterian, farmer, and small business owner. He resides on the family farm with his wife Rachel and their six children. He serves as an elder at Tabb Street Presbyterian Church in his hometown of Petersburg where he teaches multiple Bible studies. His fields of interest and study include theology, history, philosophy, economics, literature, and neurobiology. He is dedicated to seeing the hearts of his brethren return to the Lord their God.

Jacob is the son of Rick Tyler, a pastor and political dissident of over 30 years— and is the 3rd oldest of 20 siblings. He is a freelance graphic designer and marketing consultant by trade, who has also dabbled in journalistic work. He has written for the Maryland based Populist newspaper, American Free Press, (most notably doing man-on-the-ground reporting of "The Battle" of Charlottesville) been a co-host on the live AM radio show, Blood River Radio, and is also the head of U.S. Sales for Arktos. While in possession of many Reformed Christian affinities, he identifies most readily as a pre-denominational Bible-believing Christian. Jacob currently resides in Brazil with his beloved wife and 5 year old son. 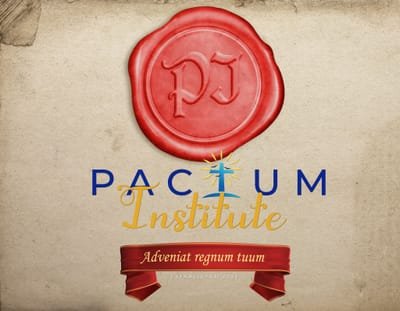