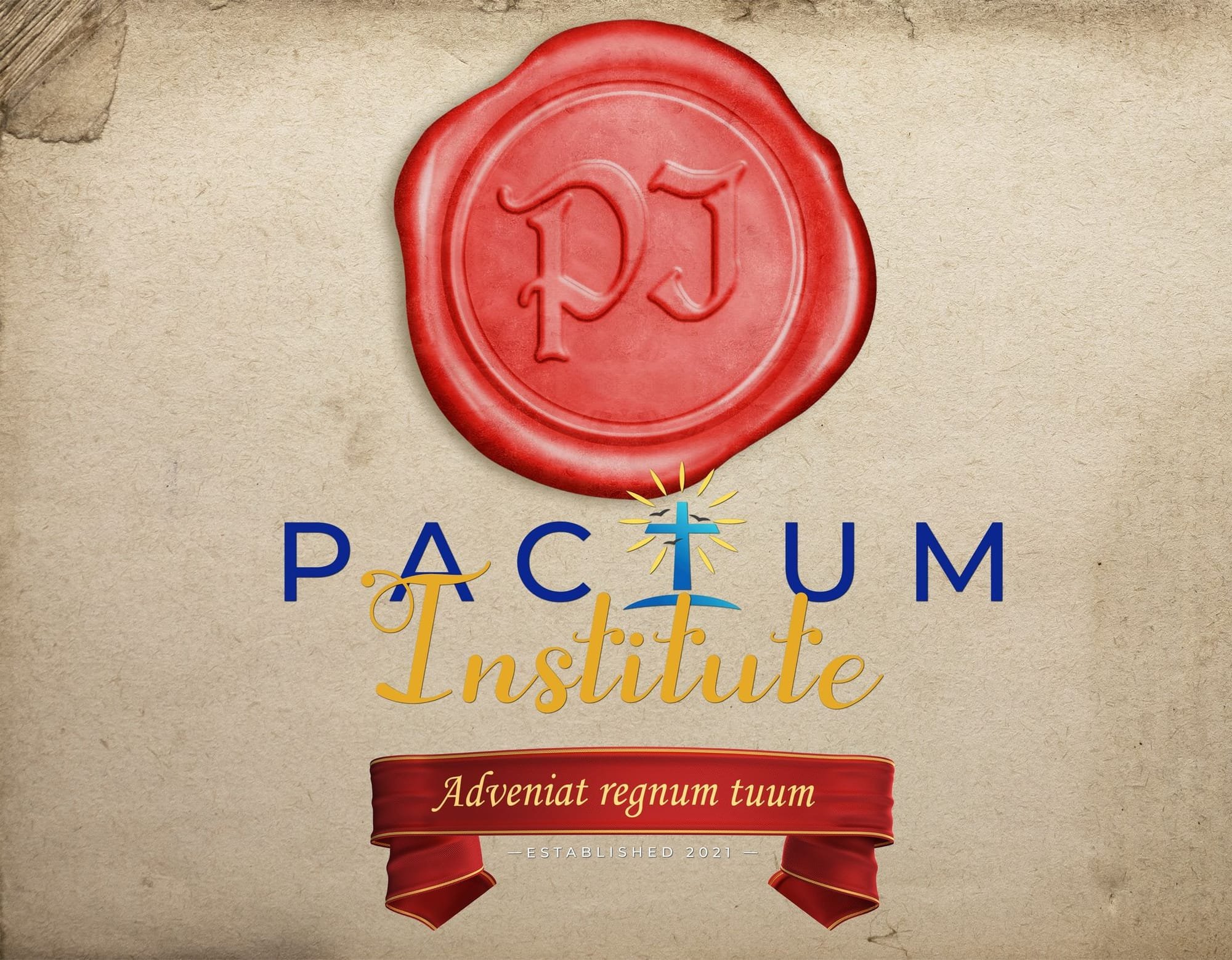 In a recent post on his Blog & Mablog entitled “Kin, Skin and Sin,” pastor Douglas Wilson engaged with both our director, dr. Adi Schlebusch, as well as one of our research fellows, Rev. Bret McAtee on the issue of Kinism. Rev McAtee has already responded via his personal blog, and his commendable responses can be found here, here, and here.

While not all of our constituent members, research fellows or supporters are Kinists, both dr. Schlebusch as well as Rev. McAtee have identified with that particular label for years. The Pactum Institute also officially promotes the principles of Familialism and Ethnic Complementarianism, which our director understands to be synonymous with Kinism. Ethnic Complementarianism is simply an integral part of the historical and orthodox Christian social ontology. It is in light of this that the tweet by dr. Schlebusch referenced by Wilson needs to be understood. Albert Mohler is but one example of someone who has long advocated similar heresies that the Cultural Marxists have, and who has suddenly now turned around and embraced the label “Christian Nationalism,” which he quite evidently now seeks to subvert for his own agenda. This is the kind of now common behavior at which the tweet of dr. Schlebusch is directed at. 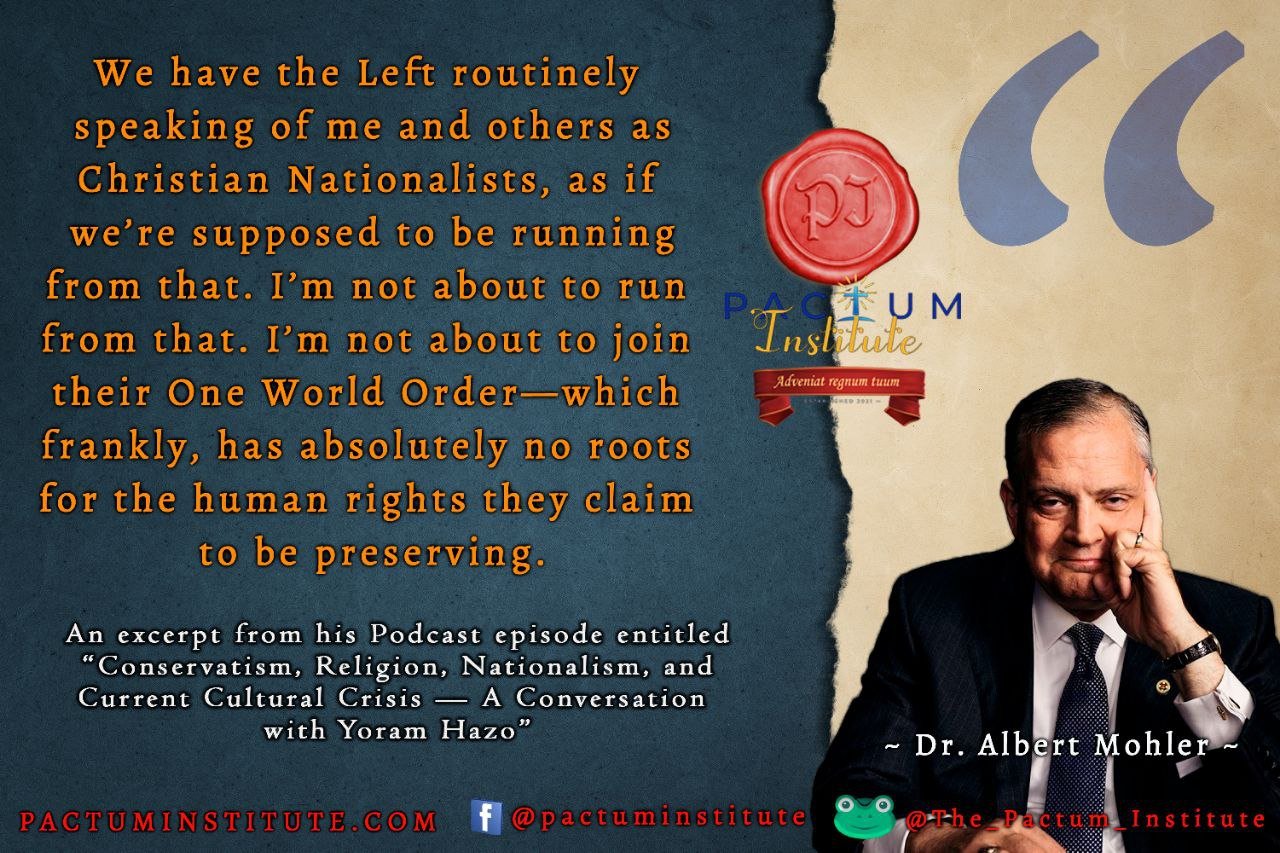 The heart of Rev. Wilson’s disagreement with Rev. McAtee seems to be with regard to the biological component of ethnicity. He writes: “a more biblical way to talk about these issues is in terms of ethnicity and not in terms of race. So while it is true that I believe that there are not differences in races of men, there are different tribes. The nations of men (ethnoi) are recognized as a thing in Scripture, while races are not.”

The hard distinction between race and ethnicity, as if the latter could somehow exclude the former, is a mind-boggling one. After all, assuming that Wilson will agree that nations are but extended families, it then obviously follows that the one set and unchangeable characteristic of families are their racial characteristics. White people always have white children, black people always have black children and yellow people always have yellow children. Mixed couples have mixed children. This happens every single time. Parents have no guarantee what language their children will speak, what religion they will adhere to or where they will live. The only guarantee is the race they will belong to. As such, race certainly cannot be less integral to nationhood than religion, language, place or culture.

Furthermore, the Bible does indeed speak of race in Jeremiah 13:23 and Zacharia 9;6 as Rev. McAtee points out in his replies. Furthermore, as Michael Hunter, PhD candidate at Westminster Philadelphia and ruling elder in the ARPC notes:

[t]he human race is divided into three parts: Semites, Hamites, and Japhetites (Gen. 9). These divisions are divinely recognized and established and so cannot simply be redefined by any human individual or community.

Such attempts at redefinition are part of the neo-Babelist agenda of reprogramming mankind in accordance its own image. The assault on racial distinctions is nothing more than an assault on the Creator of those distinctions—the One who sustains all distinctions by means of his decrees and providence.  This is part of the reason why discussions on familialism or ethnic complementarianism are so often counterproductive. Our opponents seem to be unable to grasp that our position entails a love of diversity as opposed to the anti-racists or anti-kinists who, although they would never admit it, hate genuine God-given diversity, and want to monotonize all of humanity. The Pactum Institute itself is supported by members from three different races and six different nations, which is one of the reasons why our "about" page on this website is available in four different languages. In this way, this endeavor itself is a testimony to how people who love their own nations and races work together for the glory of God across racial and ethnic boundaries, while still respecting these God-given boundaries as real and relevant.

We welcome the openness with which Rev. Wilson has engaged in the debate despite the very real disagreements Pactum has with some of the functionally gnostic elements in his theology. We hope that it can lead to a more fruitful discussion on the issue with the purpose of employing the unadulterated truth of Scripture in our fight against Cultural Marxism.

Eat More Beef
A Hindu Prime Minister is God’s Judgment on the UK
Laws against Abortion criminalize certain Religions: Why we shouldn’t care