Laws against Abortion criminalize certain Religions: Why we shouldn’t care 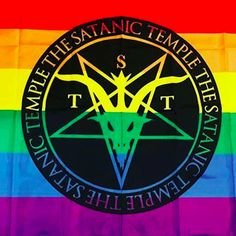 Satanists are suing the states of Indiana and Idaho, arguing that the new laws in these states which criminalize abortion infringe upon their religious freedoms. Recently, Rabbi Danya Ruttenberg from the organization Rabbis for Repro has also argued that laws denying women the right to an abortion infringe upon the religious freedoms of Jewish people.

As Christians we have no choice but to concede this to be true. After all, we can’t tell Satanists or Jews that we know their religious rituals and practices better than they do. But what we can tell them, and what we should tell them is that we don’t care that these laws infringe upon their religious rights. The public domain is inescapably religious, and Christ is Lord over every sphere of creation. As R.J. Rushdoony pointed out: “Laws express views of justice or moral order and are thus an establishment of religion.”[1] While every realm, land and state is unique and as such will have laws which reflect its unique history and identity, all civic legislation needs to be brought in line with the general moral principles of the ten commandments, since, as Christ taught us, it is only through the application of God’s commandments that we can love God and our neighbor (Matthew 22:37-40).

In other words, the only way to love our fellow citizens is by treating them in terms of God’s Law. We ultimately want Satanists and Jews like rabbi Ruttenberg to repent and believe the gospel of Jesus Christ.

Moreover, while the First Amendment to the U.S. Constitution clearly prohibits the creation of a national church by the Federal Government, it did not eliminate established churches or established religions in the states. And since these laws have been ratified at a state level, even those who don’t adhere to the Christian religion are also constitutionally bound to respect them.