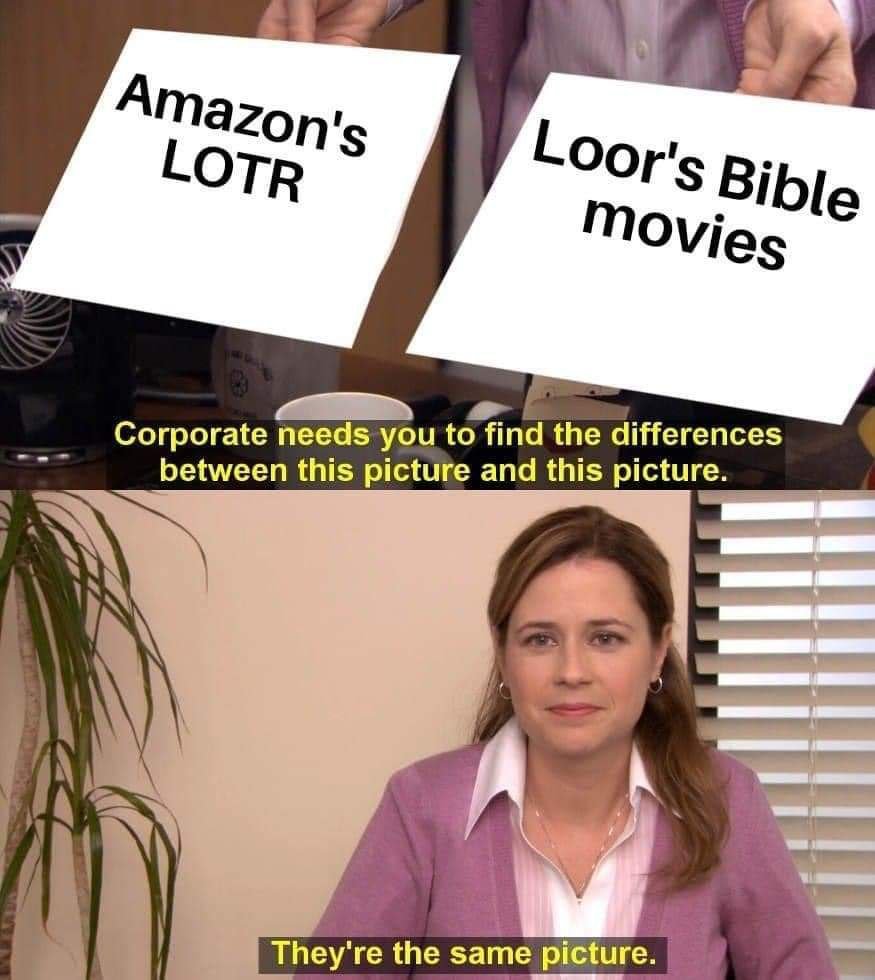 Netflix has long been the subject of mockery due to the fact that they force a certain diversity agenda into period dramas where this obviously did not exist. Many European historical figures are played by non-white actors and actresses, including several European nobility in The Great, Bridgerton and The Spanish Princess to name but a few. Of course, we all know that Hollywood and Netflix don’t shy away from openly proclaiming their diversity agenda, even if they aren’t explicit about its subversive aims in undermining the covenantal value and covenantal lessons of European history.

Because Netflix’s subversive anti-Christian agenda has made most of its shows virtually unwatchable, the idea of an alternative film production company through which Christians can use entertainment to engage in the culture war is one that should immediately appeal to all believers in the one true and living God.

For this reason, Marcus Pittman’s crowdfunding streaming platform LoorTV, in describing itself as “unfiltered by Hollywood or church ladies” and “without the restrictive woke agenda,” indeed sounds promising at first glance. However, if the trailer for one of its latest projects that it wants you to fund is anything to go by, LoorTV seems every bit as bad as Netflix, if not worse. Entitled The Shepherd King, the trailer for this historical drama shows how king David is anointed by Samuel, how he defends his flock and how he decapitates Goliath. The problem is that the anachronistic and woke agenda that characterizes Netflix’s diversity fetish is just as evident in even this 44 second trailer as in any Netflix production.While laughably claiming “historical realism,” their version of “a young shepherd becom[ing] the tribal chieftain that unites the 12 Hebrew tribes” includes a lead actor who is anything but Hebrew. By casting David as an African, and Goliath as a European, the racial casting sends the same anti-covenantal and by extension anti-Christ message that has driven the worldview messages of Hollywood and Netflix for years.

LoorTV claims to be alternative—a kind of “Netflix for Christians”—but in reality they seem to be just playing the same woke game. If Amazon can make black Hobbits, LoorTV can one-up them and make black Hebrews. What makes this even worse, though, is the fact that not only the testimony of history, but the infallible witness of Divine Scripture itself actually describes David as “ruddy and of a fair countenance” (I Samuel 17:42).

LoorTV countered criticism on social media by arguing that the actor chosen to play David was simply the best actor for the role. But if they were being honest, they know they would never cast a woman as David even if she happened to be the best actress for the role. Nor would they cast an 80-year-old man or a 4-year old boy to play David as he was fighting Goliath, even if they were the best actors auditioning for the role. By knowingly going against the witness of Scripture and history by casting David as an African, the production is not only historically inaccurate, but purposefully rebelling against and undermining the authority of Divine Revelation which has given us an infallible witness as to the physical complexion and ethnic identity of king David.

The Pactum Institute therefore calls upon all Christians to wisely steward the money God has entrusted to them and not waste a single cent of it on funding this abominable series which makes a mockery of the life of king David.

Eat More Beef
A Hindu Prime Minister is God’s Judgment on the UK
Laws against Abortion criminalize certain Religions: Why we shouldn’t care