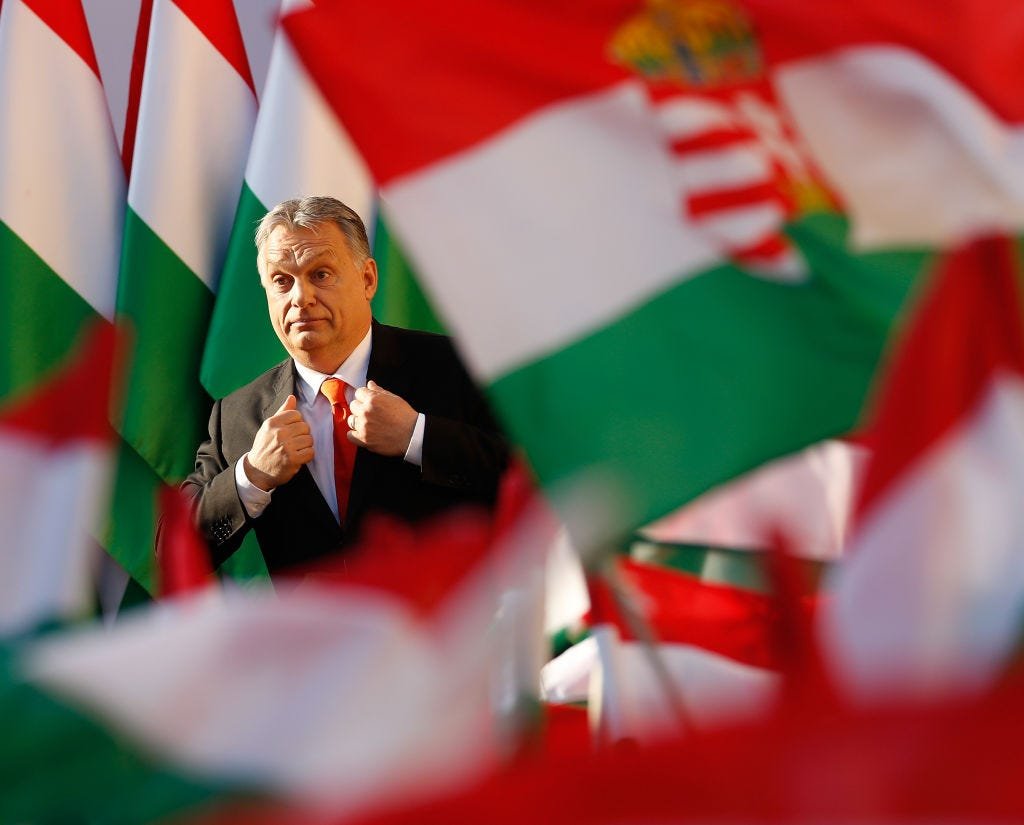 In a speech delivered at a student summer camp over the past weekend, the Hungarian prime minister Victor Orban again drew attention to the demographic crisis Europe is facing.

Orban noted that the “most important challenge” facing all European nations, including Hungary, is the fact that no European nation is able to biologically maintain itself. Because they are having too few children, they are facing extinction.

A second challenge related to the first, Orban noted, is “migration,” since this contributes to the demographic replacement of native European peoples. As Orban explains:

“in the Carpathian Basin we are not mixed-race: we are simply a mixture of peoples living in our own homeland. And … these peoples merge together in a kind of Hungaro-Pannonian sauce, creating their own new European culture. This is why we have always fought: we are willing to mix with one another, but we do not want to become peoples of mixed-race. This is why we fought at Belgrade, this is why we stopped the Turks at Vienna, and—if I am not mistaken—this is why, in still older times—the French stopped the Arabs at Pontiers.”

Pretty clear right? Well, apparently not to Rod Dreher. In a piece just published at The American Conservative, Dreher claims that his “sense” is that Orban, when saying that “he doesn’t want Hungary to be a place where people of radically different, unassimilable nationalities try to dwell in the same space … isn’t talking about ‘brown and black people’; he is talking about Muslims,” before continuing to write about his support for miscegenation and multi-racial societies.

Dreher either didn’t read the speech or he deliberately ignored the portion of the speech quoted above. Ironically, people who know Orban personally and who, unlike Dreher, actually understand the Hungarian language, reacted very differently to Orban’s remarks.

It is very discouraging to see Dreher having to go to such lengths to purposefully misrepresent the Hungarian Prime Minister’s words in order to appease the Marxist Left, as this seriously hurts his credentials as an expert on Central European politics.

Nonetheless, the Pactum Institute and its members fail to see the controversy in Orban’s comments and we continue to encourage Orban to reform Hungarian politics in accordance with God's Law.

Liz Cheney’s defeat is truly worth celebrating, even if Harriet Hageman’s victory isn’t
It is Time to Abolish The Gospel Coalition
Support for the Fight against Drag Queen Story Hour UK