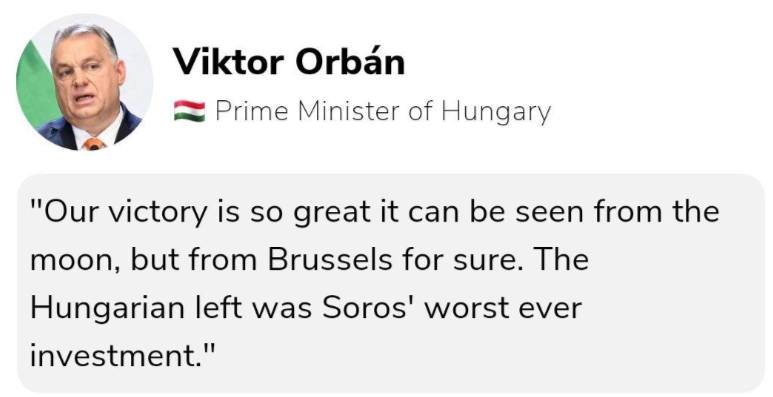 Viktor Oban is very far from perfect. But he is the still the world’s greatest head of state. Often described as a modern-day William of Orange, Orban loves the Hungarian people and rightly believes that his people can only survive by means of repentance and obedience to God. Despite his faults and shortcomings, Orban needs to be commended for his defence of Christendom, his fight against many of the satanic agendas of the New World Order and its chief agents such as George Soros. It is also immensely significant that under Orban’s leadership, Hungary’s fertility rate has been consistently increasing every single year.

The Pactum Institute is therefore encouraged by the news that Viktor Orban’s Fidesz Party has emerged victorious for a fourth consecutive time, meaning Orban will also serve his fourth term as Hungarian prime minister.

However, Orban’s Fidesz scoring 53% of the vote is not the only victory in Hungary worth celebrating. The Our Homeland Movement, a young nationalist Christian party led by Laszlo Toroczkai achieved over 6% of the vote, becoming the third largest party in the country. The Our Homeland Movement is more consistently and solidly right-wing than Orban’s Fidesz in terms of its opposition to lockdowns and mandatory vaccinations, as well as in terms of its support for agrarianism and the re-introduction of the Biblical principle of capital punishment.